The Secret to a Successful Business in Italy: Family First

Imagine a country with an unreliable bureaucracy and little respect for law. A country that has been dominated by foreign powers for 1,500 years over the last 1,650 years, and thus , in the eye of the people the State is the enemy. That country is Italy, and now you can better understand why the family – “la Famiglia” – is so important in Italian culture. When you need help, there is simply no other place to go. In a chaotic country, with a high unemployment rate, your family are the people you can trust, the people who give you your first job, and eventually the people you employ first when you start your own company.

When I mention the importance of the “Family” to my clients, the initial reaction is often a mix of curiosity and fear. Too many movies have connected the concept of the Italian Family to the Sicilian Mafia, at least in the mind of my Western clients (entrepreneurs from Asia and the Middle East are much more used to our concept of “Family”). In truth, the Mafia isn’t a good example of “family first” anymore. Ironically, during the last generation, the Mafia in all its regional variations has developed internationally and has evolved into a business – and it’s also run like one. On the contrary, politicians, companies and “normal” people haven’t evolved as much in Italy. “La Famiglia” is still the most important asset when doing business in Italy.

US business against the rest of the world

US entrepreneurs are the most affected from the Italian concept of family. Time management could reach fanatical levels in USA, and they don’t realize that in a 15 minutes scheduled meeting, their Italian counterparts would probably chat for 20 minutes about their family and other pleasant subjects. The result: having no time left to deal with the business, and being late for the following meeting! Next time you want to schedule a 15 minutes meeting in Italy, empty the following hour or two from your agenda.

“When in Rome, act like the Romans”. This quote is more than 2,000 years old. Rome is not an empire anymore, but the quote is still valid. If you want to be successful in business in Italy, be prepared to talk about your family (and I mean a lot!). If you don’t have a family, invent one! Carry photos of your loved ones and show them around. It’s the easiest way to start a conversation. My Italian friends will strongly deny what I just said, but between my job and my passion of travelling, I have met entrepreneurs from more than 50 countries, and I have (painful) evidence of what I say is the truth.

How to deal with Italian family firms

It’s not just a matter of negotiation. Business in Italy is still dominated by family firms, with the owner refusing to appoint any external operating officer, running the company himself until he passes the ownership over to his sons (and lately to his daughters too!) If your goal is to acquire an Italian company, the owner will probably sell at the condition that you have to employee his son as a vice-director and you can’t fire him for the next 5 years (real case scenario!). Use these cultural aspects to your advantage. During a company acquisition, offering to keep the son of the owner as a director often offers a discount to the acquisition price.

Pride and family go together. If you are looking to acquire an Italian company from the father, and he doesn’t think that his son is good enough to start a new company (that’s often the case), you will find yourself in the unenviable position of saving the family pride. “We would like to keep your son on board. A young person that truly understands the company could be a useful asset”. You don’t really have to say that! But,- believe me,- that’s how the Italian family will narrate the story to their friends.

Not all money is created equal

If you are part of the family, it’s quite unlikely that an Italian company will suspend your contract, even if they get a slightly better offer from your competition. To be part of the family (“sei della famiglia”), you don’t need to be born there. You “just” need to have been a friend of the family for a long time. If you are thinking “Nothing new, good relationships are important everywhere”, please re-consider – it’s a difference in quantity and quality. The commitment to a family friend in Italy is massive and far stronger that the American or North European idea of friendship. Only in Asia have I seen a similar level of bonding. It’s also a quality difference. Italy doesn’t have traditional bonds forged during college, or time spent on common activities. They exist, of course,– but they will never be as strong as a family bond.

The secret for a successful business in Italy is to spend a large part of your time in non-business activities with the family of your business partners. Being invited for dinner, or, even – better,- for a birthday, event or wedding, is the real foundation for any great contract. The best thing you can do is to accept the invitation to these events. The worst mistake is to join only to coerce them into talking business. The latter behaviour is interpreted as proof that you don’t care about the Family (“non ti importa”), just the business. Be patient, or you can damage your relationship irreparably. It’s “family time”! Don’t talk politics unless you are ready to lie and support any notion your host suggests. Chat and enjoy, or at least pretend to enjoy! Besides, there is a chance that you will enjoy the cultural experience. And that’s something that money can’t buy!

My American clients usually go crazy for what they see as a waste of time, only to be surprised when we close a deal without a tough negotiation, or when a public officer accepts a borderline solution which was refused to their direct competitors. And I am not suggesting bribes! Believe it or not, Italians are not obsessed with bribes more than any other country – they are just “different”. This is one of the reasons why, in the last years, companies from Asia, India and the Middle East have closed successful negotiations in Italy, beating bigger Western competitors. In their culture, like in Italy, time is NOT money and family comes first.

Is Italy in Europe? Well, maybe!

The biggest mistake of American and North European companies, when doing business in Italy, is thinking that Italy is just another European country. It’s not. Italians are proud to be “Western” and they will probably be surprised by my quote, but,- in a way,- they are more similar to the Chinese than to any other European nation. It’s not a coincidence that both countries have a very long history. The next and final suggestion has helped me to negotiate in more than 50 countries, not just in Italy. If you want to be successful in a foreign country, don’t be a businessman or a tourist. Before anything else, be a traveller and enjoy the culture. Money will follow every time, I promise! 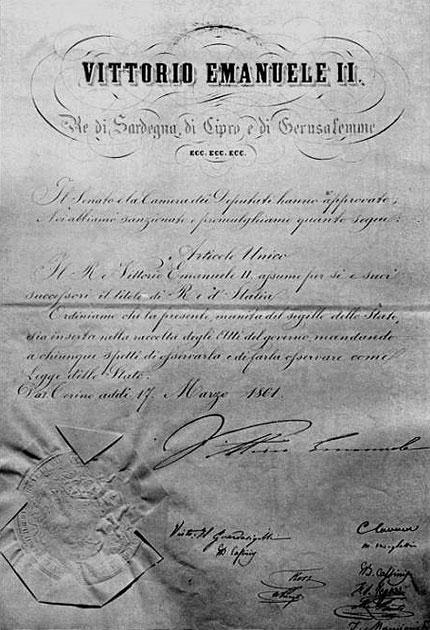 In Italy, employees have the

The Secret to a Successful Business in Italy: Family First

Imagine a country with an

A residence visa granted for

The foreigner may be expelled

Immigration into Italy and family re-union

It is illegal to deny